CBD for addiction: What’s the definition of addiction?

Addiction involves a chronic breakdown in how your brain processes memory, motivation, and reward.

If you have have an addiction, you may experience a variety of feelings and sensations such as:

Over the long term, addiction can cause serious challenges and disrupt your daily life. You may also cycle between periods of excessive substance use and little substance use.

Although there are occasions when you use less of the substance or engage less in the behavior, addiction tends to get stronger with time.

Having a strong addiction for a long time may lead to physical illnesses, mental health concerns, financial issues, and family problems.

If you have a strong addiction for a long time it may lead to physical illnesses, mental health concerns, financial issues, and family problems.

If you or someone you know is experiencing addiction, it is recommended that you seek professional assistance. If you live in the United States, you can call the Substance Abuse and Mental Health Services Administration (SAMHSA) at 800-622-4357. 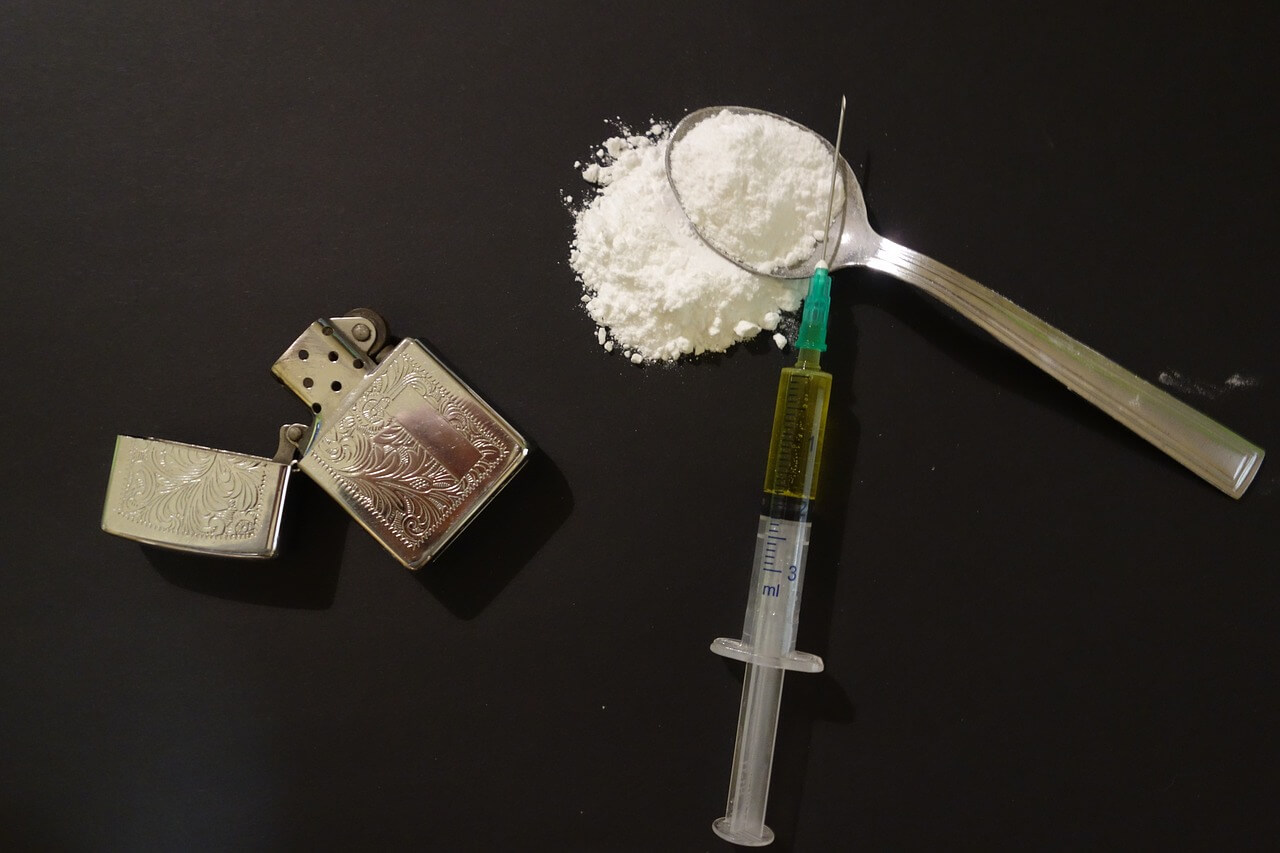 The service is available 24 hours per day, 365 days per year.If you live in Canada and have addiction issues, you are encouraged to contact your provincial or territorial helpline. You can find the helpline for your area here.

What are the different types of addiction?

Many people are familiar with drug and alcohol addiction. In the United States, approximately 10% of adults are addicted to both drugs and alcohol.

Of the American citizens who are addicted to drugs, more than 66% percent also misuse alcohol.A few of the most common drug addictions are to:

Of course, you may become addicted to other things besides alcohol or drugs. Some of the items or behaviors that are commonly linked with addiction include:

The fact that you love eating a particular food or engaging in a certain behavior, does not mean you are automatically addicted to it.

If you have a real addiction, you will generally experience negative effects if you do not get your “reward.”

For example, if you are addicted to caffeine you may get severe headaches or become more irritable and restless if you don’t drink your morning coffee. 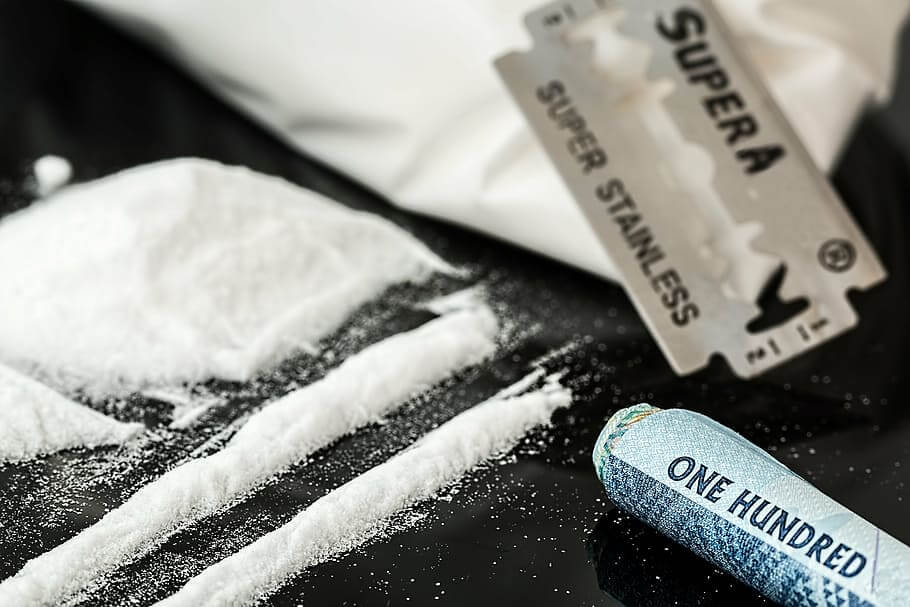 Addictive behaviors and substances may make you feel good psychologically and physically, especially the first few times you try them.

However, the longer you do the behavior or use the substance, the harder it is for you to experience the same “high.”

If you want to experience the same pleasure as you did before, you will likely have to do the behavior for longer periods of time or take larger amounts of the substance.

As time passes, it becomes much harder for you to break the addiction.

One reason for this may be that you and your friend have differences in frontal lobe activity. Your frontal lobe is the part of your brain that allows you to delay gratification.

Delayed gratification is the process of foregoing short-term rewards for larger rewards in the future. During addiction, your frontal lobe activity decreases and gratification happens immediately.

Other brain areas, such as your nucleus accumbens and anterior cingulate cortex, also play a role in addiction. These brain areas control pleasurable sensations.

They may increase your response when you try addictive behaviors or substances.If you have chemical imbalances in your brain, you may be at increased risk for developing an addiction.

Certain mental health conditions such as bipolar disorder and schizophrenia have such severe symptoms that some people take drugs to cope and eventually develop an addiction.

Other risk factors for developing an addiction include:

Addiction typically progresses through four stages. The way your brain and body reacts during each stage is different. The four stages of addiction are outlined below:

Addiction works by hijacking the reward and pleasure centers of your brain. As your addiction increases, it compels you to search for more of the substance you desire so you can maintain your high.

But if you should suddenly stop using the addictive substance, you may experience severe withdrawal symptoms.

Your withdrawal symptoms depend on a number of factors such as the substance you are addicted to, how long you have been using the substance, the method you use to take the substances (such as snorting, injecting, smoking, etc.) and your physical and mental health. 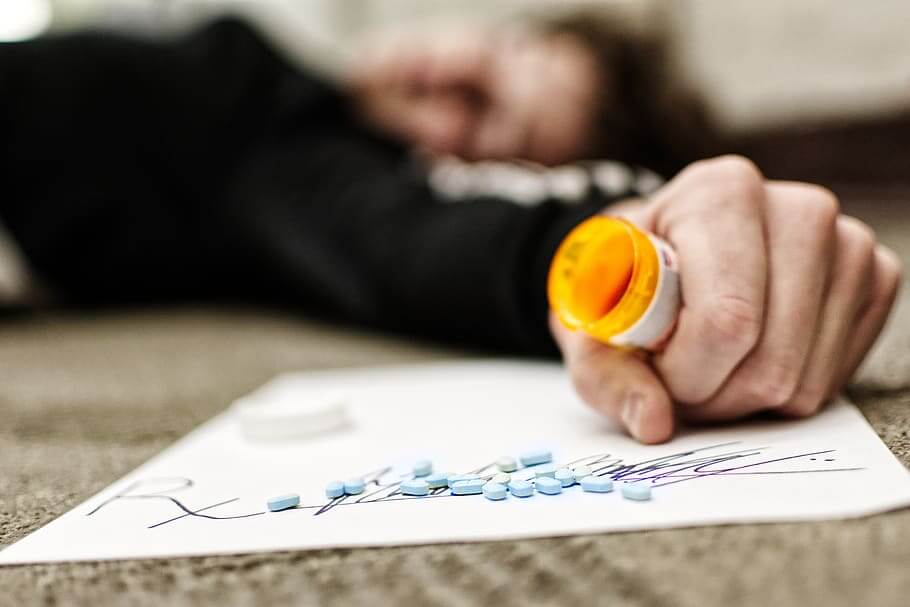 How Does CBD Help People with Addiction? 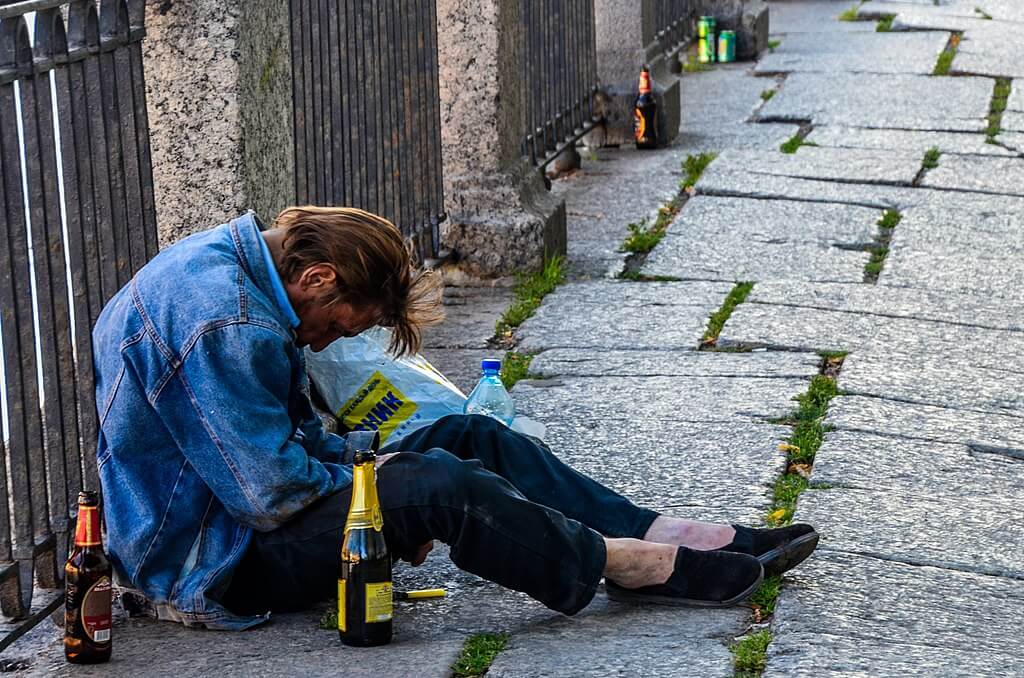 Cannabidiol, also known as CBD, is a natural substance that is extracted from cannabis sativa plants such as hemp and marijuana.

Unlike tetrahydrocannabinol (THC), the psychoactive compound in marijuana, CBD does not cause addiction or make you high.

A number of studies show that CBD may be effective in the prevention and treatment of many common addictions by: 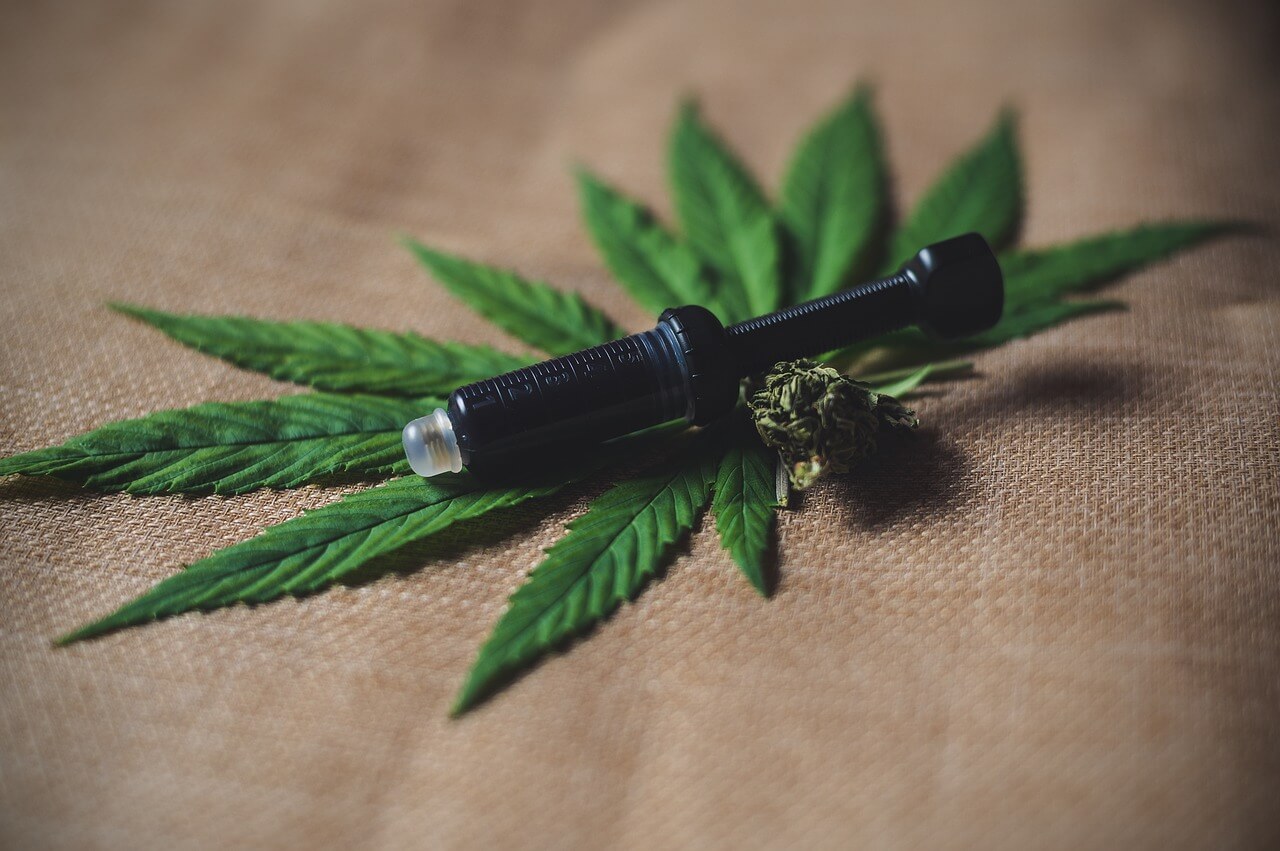 Alcohol is readily available in almost every country on earth. The fact that drinking alcohol is becoming more socially acceptable means it is becoming easier for people to drink excessively.

Preclinical testing shows that CBD may be effective in treating alcoholism.

A 2005 study suggests CBD may be able to protect your brain from binge ethanol exposure.

A 2018 animal study claims CBD may help to decrease alcohol consumption and prevent relapse. The researchers concluded that CBD may be useful in treating alcohol use disorders.

One reason you may fall victim to alcoholism is you are trying to use alcohol to escape from other issues such as anxiety and depression.

Interestingly, a number of studies have found that CBD is helpful in treating a number of mental health conditions.

By using CBD to address these underlying issues, the prevalence of alcoholism may be reduced.

The CDC states that more than 70,000 American citizens died from drug overdose in 2017. Approximately 67% of these deaths were due to opioid overdose.

However, scientific research shows CBD may be a key tool in helping to fight the opioid epidemic. US states that allow the use of cannabis for medical reasons have 24% less deaths than states that ban cannabis.

Using CBD for addiction may also be helpful to people who are trying to break their addiction to opioids by helping them to manage the withdrawal symptoms.

Research papers published in 2013 and 2015 highlight the beneficial effect of CBD in reducing the feelings of reward associated addictive substances and decreasing drug seek behavior.

You may take prescribed opiates for pain and become addicted to the medication over time. However, CBD may help you to manage your pain without the potential dangers of opioid addiction.

CBD helps to reduce addiction at various points in the addiction cycle. It helps to prevent addiction by addressing many of the underlying issues (such as pain, insomnia, anxiety, or depression) that may prompt you to take a particular medication that is addictive.

If you already have an addiction, CBD can help you to fight the addiction by reducing your cravings and your withdrawal symptoms. 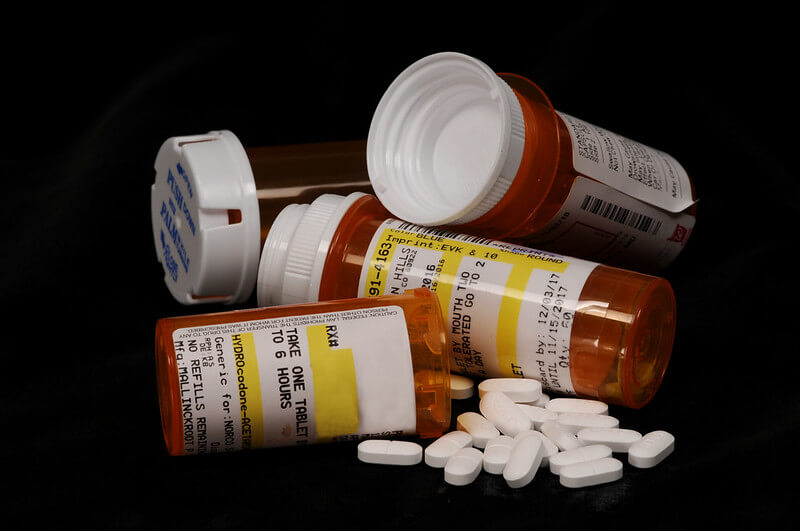 If you have broken free of an addiction, CBD can help you to avoid relapse. A 2015 review of the use of cannabidiol as an intervention for addiction shows CBD may be able to help you if you have addiction issues with cocaine, opioids, psychoactive stimulants, marijuana, or tobacco.

It is important that you speak with your doctor before taking CBD. However, there are many promising findings that suggest CBD may become a powerful and universally recommended treatment for addiction in the future.

Smoking is one of the most preventable causes of death worldwide. According to the Centers for Disease Control and Prevention (CDC), tobacco use contributes to 7 million deaths per year globally.

Despite the dangers of smoking, you may find it very difficult to quit. This is likely due to your addiction to nicotine, the highly addictive substance in tobacco.

Nicotine can cause temporary feelings of relaxation. However, the withdrawal symptoms associated with nicotine are usually intense.

CBD has shown promising signs in the treatment of nicotine addiction. In a 2013 study, 24 smokers who wanted to stop smoking were divided into two groups.

During one week of treatment, the placebo group showed no difference in the number of cigarettes they smoked.

However, the smokers in the CBD group smoked 40% less cigarettes during the treatment week.

These findings showed strong evidence for the future use of CBD in the treatment of nicotine addiction. 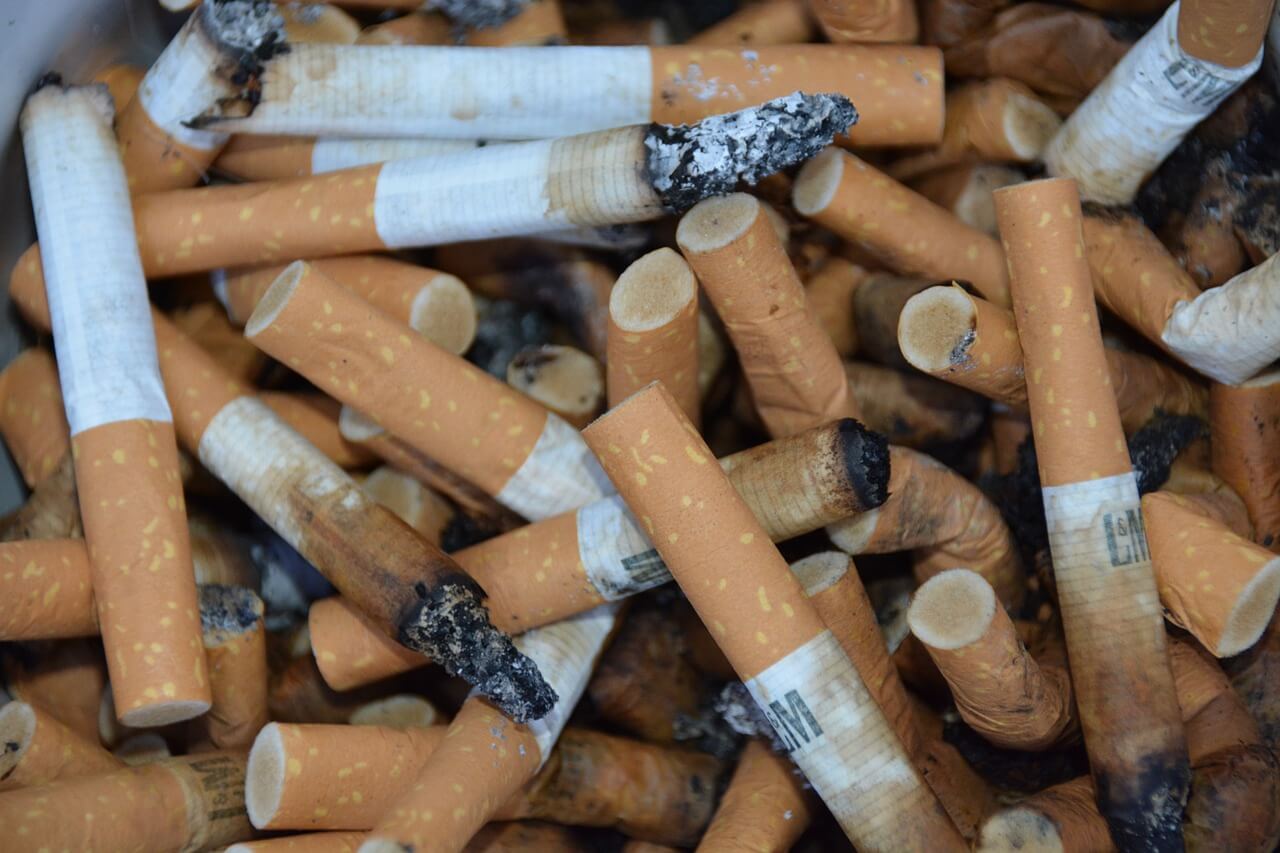 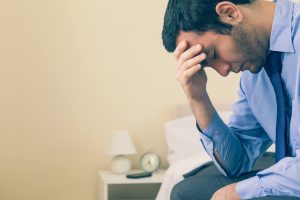 CBD DOSAGE FOR PAIN : What is the correct dosage of CBD for PAIN? Many people take CBD for pain. However, finding the ideal dosage

CBD USER’S GUIDE FOR A BETTER QUALITY OF LIFE

CBD USER’S GUIDE Looking for the basic knowledge about CBD and cannabis (marijuana) therapeutics? This CBD user’s guide will answer all your questions and concerns